A young couple living in Paris in the 1990s. He drives a cab at night. She wanders the streets until he comes home at dawn. His name is Jack. Her name is Julie.

What is more romantic than Paris in the summertime? This recurring idea in the film of sleep being a kind of death. They want to be awake, alive. I remember being young and not wanting to go to sleep at night because I wanted to write and read and listen to music and watch old black and white films. I wanted to live and I never wanted the morning to come. She sings to herself. She is in love. Exuberant. I’ve never felt this way. This film makes me long to feel that way.

They lay in bed, naked. They only want to be together.

Joseph comes along. He is also a cab driver.

Julie and Joseph walk the streets of Paris while Jack works at night. Her solitary walks now have a companion.

A lovely scene of Joseph listing what he loves about Paris. Perhaps this is the moment Julie falls in love with him. Julie and Joseph make love that night and she returns to Jack in the morning. This film is like a love letter to Paris.

When Jack is at work, he thinks of Julie. Julie thinks of him. They hate that they must be apart at all. They want their time consumed by one another, by love and sex. Real life intervenes, the need for money in order to survive. We see how these outside forces structure our lives.

How the economy separates people, takes us away from who and what we love. This aspect of work is rarely mentioned. We’re supposed to find dignity in working, but what about loss of time and loss of emotional connection to the people in our lives? They spend the day in each other’s arms, but then dusk wrenches them apart.

Julie wanders Paris with a book in her hand. 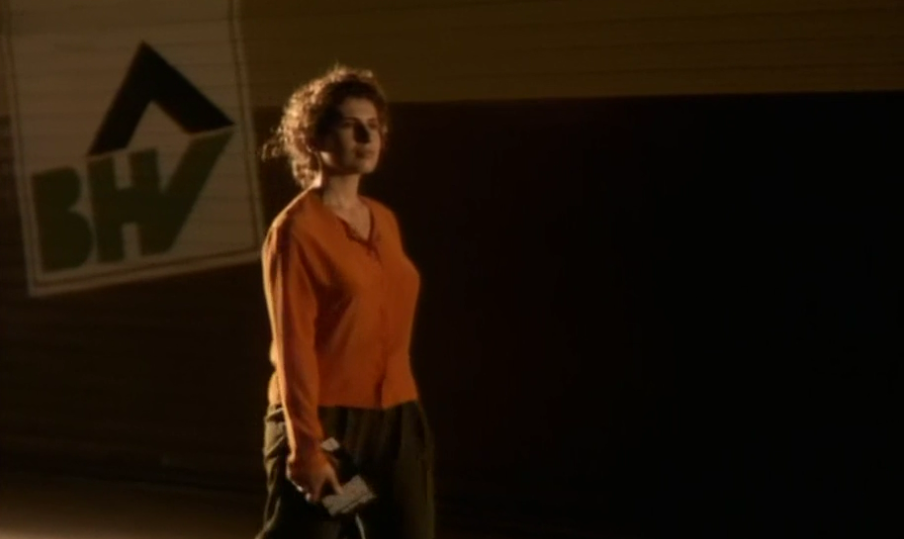 I love the light of dusk, how it saturates the film, how it hits buildings, transforms the streets. I’d like to be in Paris at dusk. I imagine the light would be soft, otherworldly. The most beautiful light comes just before darkness.

One night, she falls asleep with Joseph and gets home to Jack late, close to dawn. This shakes her up, the sense that her world might not be perfect, that it could fall apart.

Joseph struggles. He loves only Julie but Julie loves both him and Jack. Love is so simple and complicated at the same time.

One night, while driving his cab, Jack sees her walking the streets. He watches her. She seems “elsewhere” as the narrator puts it. He sees a side of her that is new to him. We are so unknowable to each other.

Jack starts to feel dread. Things change between them. Perhaps he has some sense that she is with someone else but he can’t articulate it. Seeing her from afar, knowing that she is a person separate from him with her own thoughts and secrets, sparks a change in him and their relationship.

Jack asks her to accompany him in his cab. She goes. I wonder if this is an attempt to control her? To keep her away from the streets where she is free to roam and wander without him.

She finally tells Jack about her affair with Joseph

She takes a suitcase and leaves both Jack and Joseph. If she can’t love both, she’ll love neither.